Karimar’s All That Jazz UD Can CDX
“Jazz” 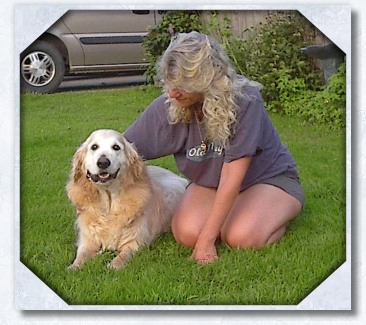 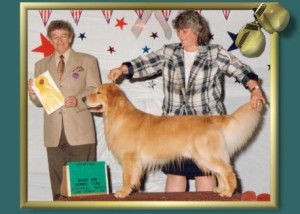 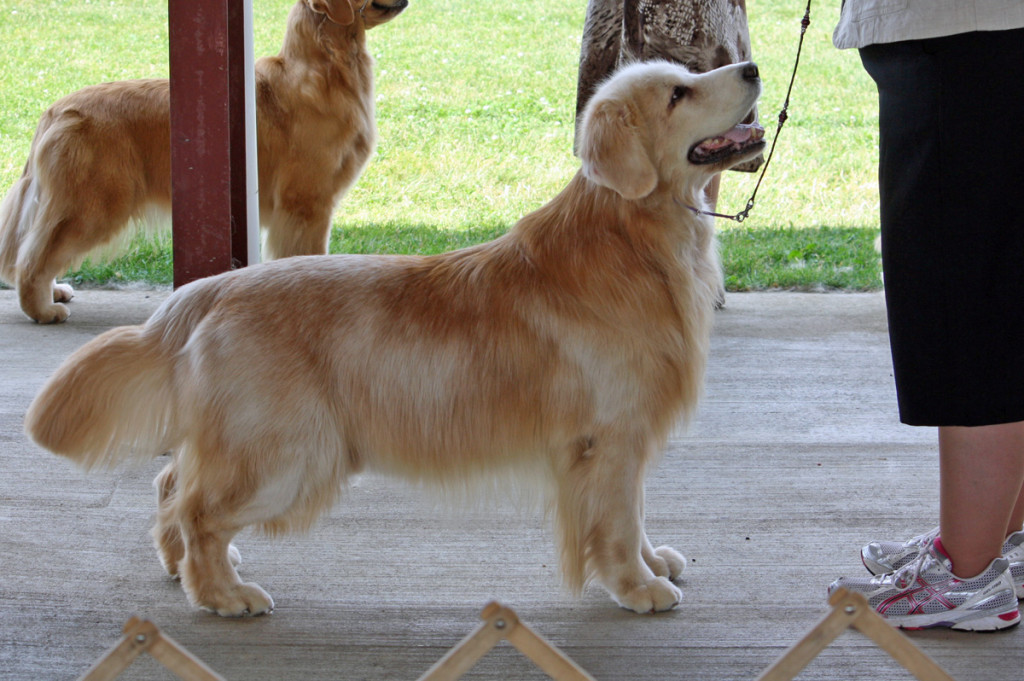 Rocky was truly a once in a lifetime kind of dog.  He had 7 points(with a major) before he was a year old with his owner/breeder/handler showing him.  He also accrued a number of Best In Sweepstakes wins, Best Opposite in Sweepstakes, his championship, Best of Breed wins and even group placements, all before he was 2 years old.  He was our first Harborview bred Champion, our first GRCA Harborview Outstanding Sire, our first OFA excellent, our first sweepstakes winner and the list goes on and on.

We were blessed to have Rocky with us until he was a little over 14.5 years old.  He was doing well right up until the end.  He had developed kidney disease and succumbed to renal failure. 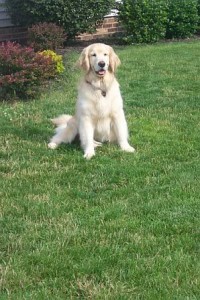 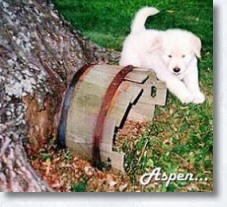 Aspen was the original “imp” and always had had a silly side to her.  She would lay on her back and rolls tennis balls between her paws, stuff them down between cushions on the couch and had even been known to put them in the toilet!

Aspen was with us until she was 15 years old and was a littermate to Rocky. 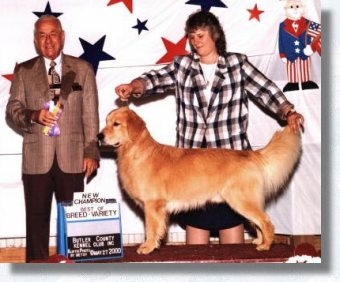 Finishing his CH in the mud and pouring rain with a BOB over specials! 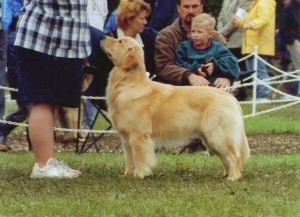 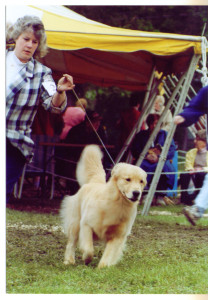 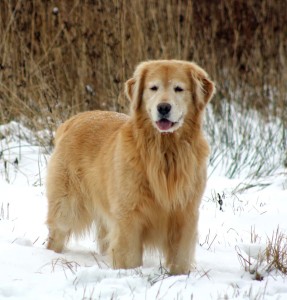 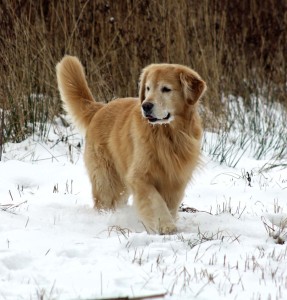 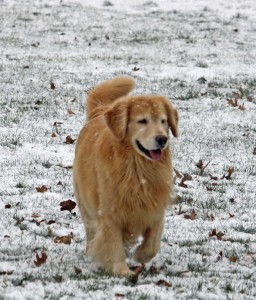 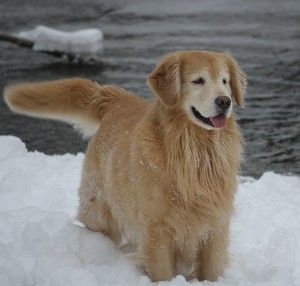 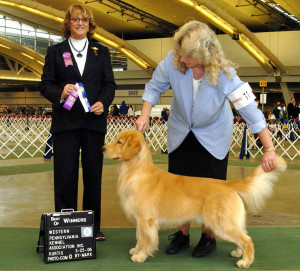 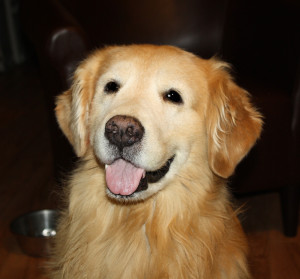 Harborview U Better Hold On 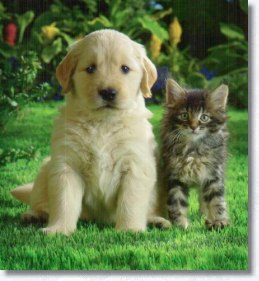 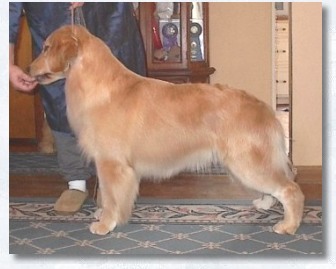 Vannah was all about tennis balls!!!  She was retired in the spring of 2007.  She is the dam of two very influential girls in our pedigrees: CH Harborview Golden Glitter- JLo and Harborview Preferred Ticket Holder-Terra.

Vannah passed away at 15.5 years young.

Hearthside’s Chip Off The Rock OD 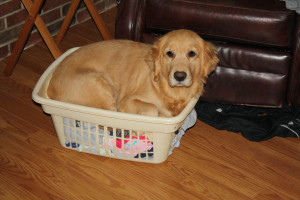 Pebbles had an amazing personality and is quite the little comedian.  Always with Arianna and her first best friend in life.  Loving playing “dress up” with Arianna and always quite proud of all the different looks that they came up with.

Pebbles was quite a wonderful producer for our breeding program.  She was awarded the GRCA’s title of Outstanding Dam.  She is the dam to Detour–GCH Harborview Under Construction, Dazzle–CH Harborview Show Girl RE CGC TDI, Molly–CH Harborview She’s All That BISS RN TDIA TT THD DSR, and Sassy–Harborview All That Glitters OAJ AX, along with many other wonderful companions and therapy dogs. 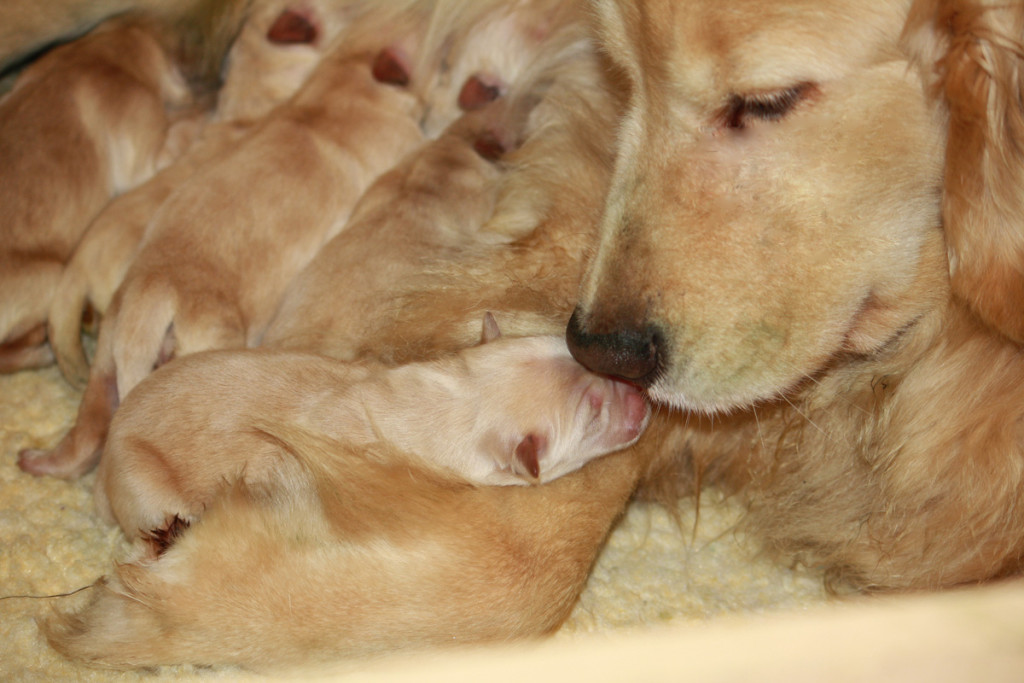 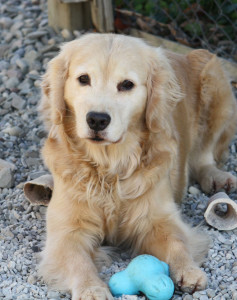 Terra had your typical golden girl personality and was very sweet and gentle, but she was also one of the resident queen bees!!  She was great with the kids and a wonderful mother but she also lived to play and race through the woods!

Terra was been a wonderful producer and has given us many beautiful “kids”.  She has kids that are therapy dogs, showing in conformation, kids that hunt and many that are beloved family members.  She is the dam of CH Harborview Yankee Doodle, CH Harborview Too Cool To Drool-Clooney and Harborview Pie In The Sky-Fancy.

Terra passed away just before her 13th birthday from hemorrhagic gastroenteritis. 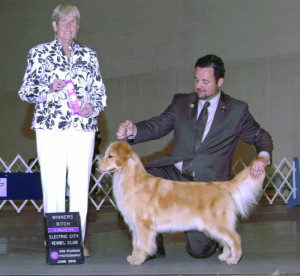 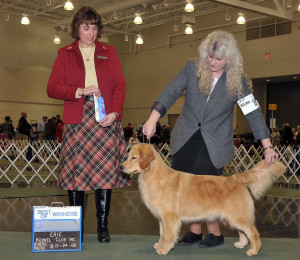 Marlo was nick-named the Go-Go girl because she loved to run and run and run some more all while having the other dogs chase after her!  She also ALWAYS has to have something in her mouth.  We often had to move the couch or go out and dig for her favorite toys in a foot of snow  just so Marlo would be happy!

Marlo had an adorable face and very good breed type.  She was  balanced and has a good neck to shoulder blend and moves well both coming and going.  She also has very fluid side gait.  Marlo made her show debut in April of 2008 and got her first points in September of 2008 as just a baby.  She then was shown in BBE for awhile and picked up 5 points toward her Championship from there.  She was moved to open and she quickly picked up the rest of her points and finished her AKC Championship in Houston TX on July 23, 2010 under Judge Jane Forsyth winning her second 4 point major.  A big thank you to Clint and Karen Livingston for finishing her!